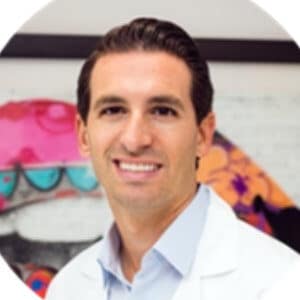 Keith J. Heller, DDS, graduated from the University of Michigan with a bachelor’s degree in biology. He pursued his education in dental medicine at New York University College of Dentistry where he graduated with honors. At New York University he was a member of Omicron Kappa Upsilon, the National Dental Honor Society. Dr. Heller completed his general practice residency at NewYork – Presbyterian Brooklyn Methodist Hospital and was accepted to be a Chief Resident where he completed advanced prosthodontics cases and became proficient in implant dentistry. Today, Dr. Heller is on staff as an attending physician at NewYork – Presbyterian Brooklyn Methodist Hospital where he practices general, cosmetic, and implant dentistry.

In his free time, Dr. Heller likes to try new restaurants, play golf, attend sporting events, and stay physically fit. He keeps current on new developments in dentistry by attending conferences, reading journals, and by attending monthly study clubs. He is currently a member of the Academy of General Dentistry, the American Dental Association, the New York State Dental Association and the Second District Dental Society. 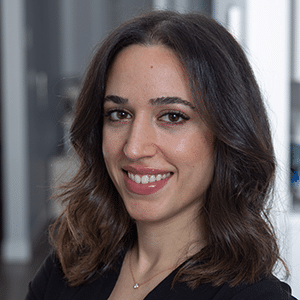 Danielle Bokhour, DDS, a native New Yorker, graduated from New York University with a bachelor’s degree in psychology. She then pursued her Doctorate of Dental Surgery from New York University. Dr. Bokhour completed her general practice residency at Bronx Lebanon Hospital, and was asked to continue as a chief resident and attending doctor where she performed advanced cases. To keep up-to-date with the latest advancements in dentistry, Dr. Bokhour attends and participates in continuing education courses and seminars. Dr. Bokhour is committed to providing the highest quality of care, through her compassion and dedication to patients.

In her free time, she is an avid traveler, foodie, and fitness lover. 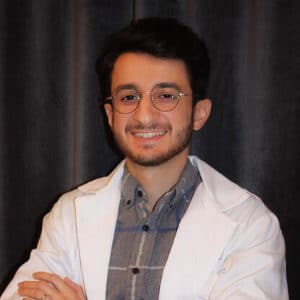 Dr. Avy Ariyev earned his Bachelor of Science degree at the Sophie Davis School of Biomedical Education at the City College of New York. He continued his dental education at Columbia University’s College of Dental Medicine where he earned awards for excellence in academics and graduated with honors. Dr. Ariyev moved on to completing a one-year general residency program at NewYork – Presbyterian Brooklyn Methodist Hospital, focusing on all aspects of cosmetic and restorative dentistry.

Dr. Ariyev is passionate about general and cosmetic dentistry, and enjoys providing the utmost quality of care to his patients. He stays up-to-date by taking continuing education courses and seminars, learning how to incorporate the many advancements in the field into his daily practice. Dr. Ariyev’s patients always feel at ease due to his calm, compassionate, and professional demeanor. Dr. Ariyev is currently a member of the American Dental Association, New York State Dental Association, and the Second District Dental Society.

In his spare time, he enjoys spending family time with his wife and beautiful baby boy, traveling, and binge-watching his favorite shows! 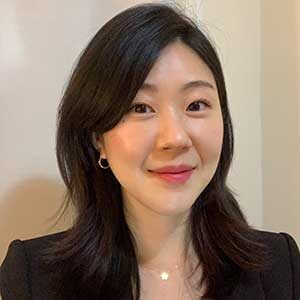 Dr. Kim shows her love for dentistry and dedication to patient care by keeping up with the latest advancements in technologies and materials through continuing education courses and seminars. She has participated in both local and global outreach trips to provide dental care to underserved populations, including one to Buff Bay, Jamaica. Dr. Kim is also an active member of the American Dental Association, the Academy of General Dentistry, the New York State Dental Association, and the Second District of Dental Society. 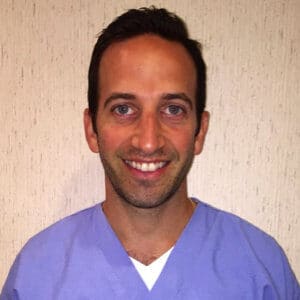 Graig A. Fischgrund, DMD, is a board-certified Diplomate of the American Board of Periodontology. He received his post-graduate degree from NYU College of Dentistry, where he completed his specialty training in the Department of Periodontology and implant dentistry. Prior to that, Dr. Fischgrund received a Bachelor of Business Administration at the University of Wisconsin–Madison and continued his education at the University of Medicine and Dentistry of New Jersey (now Rutgers), where he graduated from the DMD program.

Dr. Fischgrund is one of the few periodontists in the New York City area to learn and use the Pinhole® Surgical Technique. Additionally, Dr. Fischgrund is an attending periodontist in the Department of Dentistry, Division of Periodontics at Newark Beth Israel Medical Center. 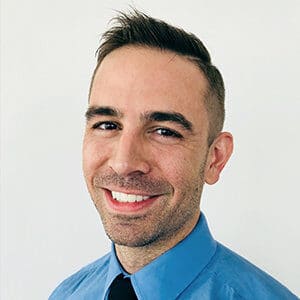 Jared Miller, DDS, completed his undergraduate studies at the University of Central Florida, earning a Bachelor of Science in molecular biology and microbiology in 2007. He moved to New York City the following year to begin his dental education at New York University’s College of Dentistry. After graduating in 2012, he furthered his knowledge with a general practice residency at NYC Health + Hospitals/Woodhull, where he remained for the next six years to pursue a specialization in oral and maxillofacial surgery. He has received thorough training in dentoalveolar surgery, dental implantology, facial trauma, maxillofacial pathology, orthognathic surgery, and TMJ surgery.

During his final year of training, Dr. Miller served as Chief Resident of the oral and maxillofacial surgery service and was recognized as Resident of the Year. Dr. Miller’s current clinical practice is focused on dentoalveolar surgery, bone grafting, dental implantology, and maxillofacial pathology. He is a current member of the American Association of Oral and Maxillofacial Surgeons and the American Dental Association. In addition to his clinical practice, he has authored several publications on facial rejuvenation and maxillofacial trauma, and stays abreast of the latest developments in the field by regularly attending conferences throughout the country.

During his spare time, Dr. Miller enjoys weightlifting, yoga, scuba diving, and spending time with his family, friends, and pets. 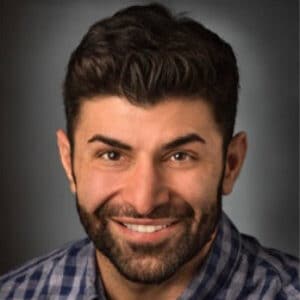 Dr. Bobby Bakhshoudeh was born and raised in Long Island, NY where he received his undergraduate Bachelor in Science at SUNY Stony Brook University. Dr. Bakhshoudeh graduated NYU College of Dentistry in top 20% of his class, recognized through induction into Omicron Kappa Upsilon honor society. He was also the sole recipient of The Samuel Charles Miller Award, recognizing a high degree of knowledge and skill in periodontology.

He completed a one-year general practice residency at Woodhull Medical Center, training in all aspects of dentistry, including implant placement and complex surgeries. Dr. Bakhshoudeh was then accepted into NYU’s two-year Advanced Education Specialty Program in Endodontics. Dr. Bakhshoudeh has participated in numerous international outreach missions, providing dental care to the underserved communities of Ecuador, Mexico and Nepal. He was awarded the Dentsply Resident Award for presentation of his research at the annual session by the American Association of Endodontics. He is an active member of the American Association of Endodontics and an American Board Eligible Endodontist.

In his free time, Dr. Bakhshoudeh enjoys reading, traveling, and the outdoors. His passion for health and fitness helped him complete an Ironman Triathlon.

Dr. Navid Baradarian attended dental school in Buffalo, New York and graduated in 2002. After graduation he finished a one year advanced education in general dentistry program and then went into private practice. Dr. Baradarian’s passion for periodontics and implant dentistry led him to UMDNJ, now Rutgers University, where he received his degree in 2007, specializing in periodontics and implant dentistry.

Since then, he has over 500 hours of continuing education courses and countless successful implant surgeries. Dr. Baradarian has been performing all aspects of conventional periodontal therapy as well as offering his patients alternatives like LANAP® therapy and the Pinhole® Surgical Technique for gum recession.

Dr. Baradarian grew up in Roslyn, New York, he is an avid sports fan and enjoys playing golf and basketball. 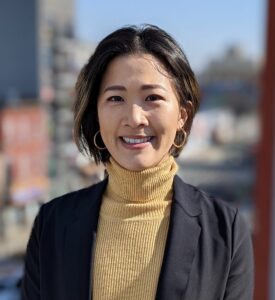 Dr. Jessica Lam earned both her Bachelor of Science and Doctor of Dental Medicine degrees from Boston University. She then continued to do an Advanced Education in General Dentistry at the University of California – Los Angeles.

Dr. Lam strongly values whole body health and wellness, and is currently pursuing a Biomimetic Mastership with Dr. David Alleman. She strives to provide the most conservative and long lasting dentistry for her patients. She is currently a member of the Academy of Biomimetic Dentistry (AOBMD), American Academy of Cosmetic Dentistry (AACD), and the American Dental Association (ADA).

Born and raised in Vancouver, Canada, she enjoys spending her free time outdoors in nature – either snowboarding, hiking, or traveling! 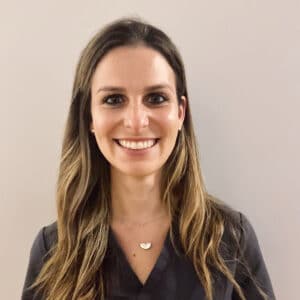 Dr. Rebecca Matour received her bachelor’s degree in Neuroscience from Tulane University. She then went on to pursue her dental education at the University of Pennsylvania where she earned her Doctor of Dental Medicine – graduating with honors in Community Oral Health. Dr. Matour completed a general practice residency at the Manhattan VA hospital, providing comprehensive dentistry to veterans. She then furthered her training at New York Presbyterian Brooklyn Methodist Hospital where she was selected to serve as chief resident, gaining experience treating advanced cases. She feels passionate about dentistry and is dedicated to delivering high-quality treatment and providing her patients with a comfortable experience. Dr. Matour is also a member of the American Dental Association, Academy of General Dentistry and Second District Dental Society.

Originally from the Philadelphia area, Dr. Matour can be found in her free time reading, running, traveling or spending time exploring the city with family and friends.